Overthrowing the Patriarchy — Episode #023 With Sarah Lacy of Chairman Mom 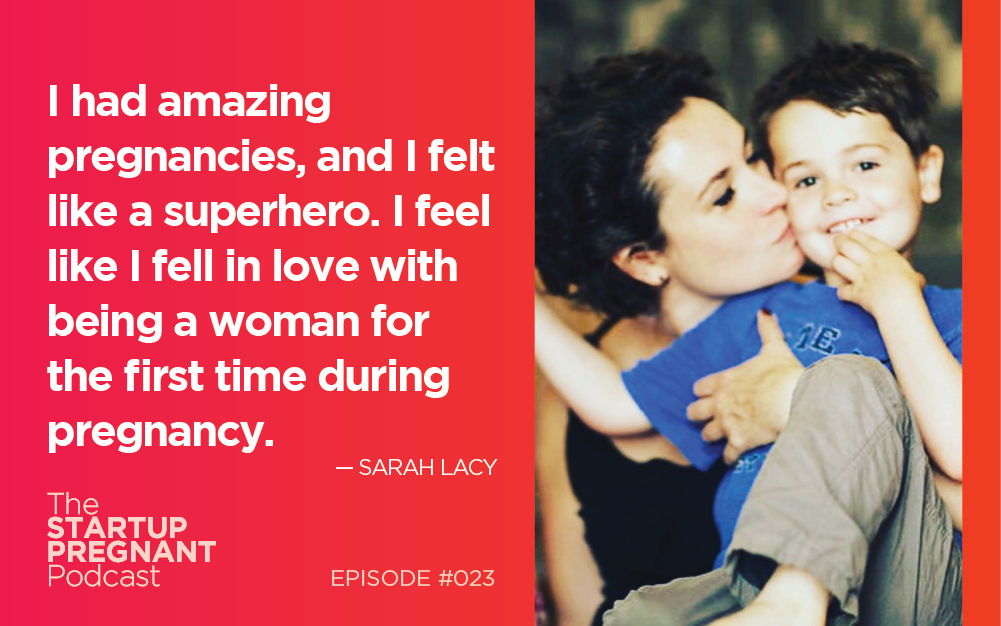 40% of American households believe that it is bad for society if mothers work.

Because sexism is a global phenomenon, you might believe this statistic to be universal as well—but it just isn’t. In fact, this kind of maternal bias against women in the workplace is a strictly American phenomenon. Diverse cultures from deeply feminist Iceland to ‘one-child policy’ China simply do not have stay-at-home moms.

Today Sarah explains how this staggering statistic manifests itself in the our culture, from the wage gap to maternity leave policy to overt sexism on the job. I ask her about the need to dismantle the patriarchy and her experience of maternal bias in the workplace.

She shares her journey from ‘cool girl’ sexism denier to fierce feminist, explaining how becoming a mother allowed her to find her power as a woman and gave her the confidence to start her own business. Listen in as we discuss the way that calling out bad behavior is shifting the world of work and how to go about changing the narrative of the young, single, working mother, who is also a fierce startup founder.

Some quotes from the episode:

Sarah Lacy is the founder, CEO, and editor-in-chief of investigative tech news organization PandoMedia. An award-winning reporter based in Silicon Valley, Sarah was a columnist for Bloomberg Businessweek and senior editor at TechCrunch before striking out on her own. She has fifteen-plus years of experience covering technology news and all things startups, making her a sought-after speaker at tech and business conferences around the world. Sarah is the critically-acclaimed author of several books, including the recently published A Uterus is a Feature, Not a Bug.

RESOURCES MENTIONED IN THIS EPISODE:

Thank you to the sponsor of this episode: HippoGive! HippoGive is a new app that donates your change by rounding up your everyday transactions to the nearest dollar and gives it to the charities and non-profits of your choosing.

If you’ve been wanting to donate to Planned Parenthood, the ACLU, or disaster relief you can use this app and it’s a piece of cake. All you need to do is create an account, choose your charity and then set a weekly donation cap. Head to HippoGive.com to sign up.

All of our sponsor offers are available on our website for you to grab the perks and discounts offered to podcast listeners: http://startuppregnant.com/sponsors.