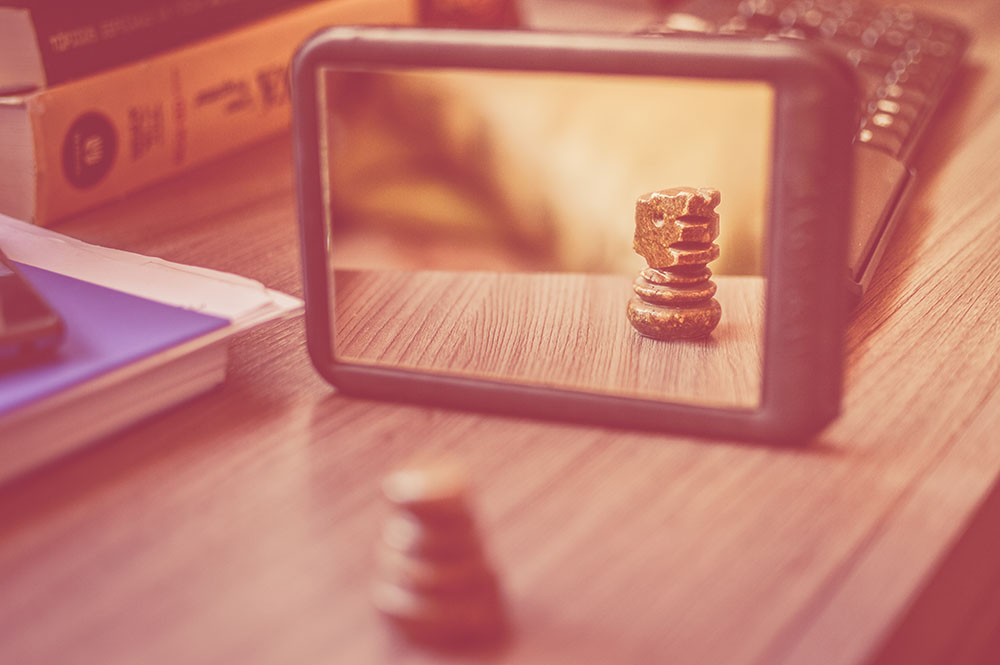 I turn 34 this month. For some reason, I’ve been thinking a lot about what’s happened over the last decade.

Here’s what I’d go back and tell myself. Not sure if she’d listen, but I’ll try nonetheless:

Take the adventures while you can.

When in doubt, pick something, and then learn from the choosing.

Don’t waffle; decide. Deciding will give you more information than waiting or thinking more about it.

You can learn anything with practice.

The first six months are the hardest, the first two years you’re learning the craft and getting your hours in, and then you get to keep what you’ve learned for the rest of your life. If you pick something new every year, you’ll have so much fun in your thirties.

Learn to listen to your gut faster.

Also, your inner voice might not sound like what you think it will sound like. For me, there never was an emphatic “no” but a slight pause, a sigh, a whisper that it might not be a yes. That, it turned out, was the closest sound to a “hell no” that I’ve ever gotten. Now, when I hear it, I know what it’s saying.

Time freedom comes when you learn how to get rid of things you don’t actually care about.

It’s okay to change your mind.

I started a career architecture and racked up $100k in debt. That was not a wise move, and sunk me for a little while. But I took a second (and third) job and worked my way out of it over a number of years.

Owing people money is a hard place to be.

This one applies to every woman or future parent out there that thinks they want to have kids in the future. No one tells you how important it is to pick a career path that’s not just high-paying, or comes with prestige. Pick a career that gives you the flexibility to work the way you want to work and to potentially take a leave of absense without dinging your career goals. Writing, while not always the highest-paying career out there, lets me work remotely, asynchronously, and work from my own home office. Big win.

Personally, I mostly loathe offices. Can’t stand them. Need to be in yoga pants, need to be moving, need to be setting up a schedule that’s rich with quiet time, learning, and exercise. Writing allows for this. I only go to offices 1-2 times per week.

It doesn’t get easier to save money when you’re older. When you have kids you’re juggling twice the number of expenses. Right now, you don’t have that much in the way of expenses. If you learn to tuck away 10% of your income now, you’re going to be in a great place.

Save yourself a freedom fund.

Owning your money is part of freedom. Freedom is more important than anything else, for me.

Opt out of the consumer race as quickly as possible.

Stuff is a trap and it makes you a slave to your work. When you have to pay the bills, you have to work. When you reduce your bill load, you change your relationship to work. Try minimalism, a capsule wardrobe, not buying clothes for a year, eating rice and beans, giving up restaurants, not owning a car, renting your house instead of buying, or more. It’s radical, sure, but maybe it’s not as radical as the idea you’re trading it for: freedom from work, and freedom to choose how and when you do things.

This next one is for all the ladies who want kids:

Save your own maternity leave.

Don’t let an employer decide how much time away from your babies you’ll have. Start saving $100 a month as soon as possible for your emergency savings, and then immediately start the next pile: your future maternity leave. You don’t need a tremendous amount of money to live off of, and those precious 10 or 12 weeks to spend with your baby and learn how to sleep and how to start being a parent — can give you so much and help with your long-term health and well-being.

Stop wanting so badly to be liked and stop trying to do everything right.

You don’t be able to win at being well liked or being perfect, and setting those as objectives will send you into a tailspin. Instead focus on doing work that feels deeply satisfying, and act in ways that respect others, including yourself. Integrity and respect are far more important than being liked or being pretty. Also: you’ll know you’re on the right track if you piss a few people off. And consider it a badge of honor if people don’t like you.

At first you’ll think it’s a fuzzy term that applies to an older generation. Then you’ll start to wake up to the patriarchy and realize what a damn shit-show work culture and the narratives are around being a woman.

Basically, every cultural story for you has an equal and opposite story that wants you walking on a tight rope that pleases no one. Be sexy, but don’t be a slut. Lean in, but don’t talk too loud. Look great, but don’t work too hard at it. Be smart, but act like it was easy. Except when you should play dumb.

Becoming a feminist is your way of saying the biggest, loudest “Fuck You” to all of these idiotic stereotypes and expectations. The sooner you realize you can’t please everyone—and that the system is often rigged against women, and it’s WAY rigged against our brown, black, LGBTQIA and other sisters, the sooner you can break free and stand up for yourself and others.

Stand up for people who need it.

Speak up sooner. We want to hear your voice.

Your future self will be sickened to think that you were too tired and had to watch television when a major vote came up. The freedom to eat ice cream and watch TV is a huge freedom, and you’d better defend it if you want to keep it around. Every vote counts, and your participation is vital.

Almost everything you think you know about babies and birth and parenting is some sort of cultural fantasy.

The best way to learn is to listen other women stories, otherwise it’s just a myth and a narrative that someone is perpetuating.

Sex is not all about penetration.

You might change your mind about laser hair removal and taking everything off. Just, think about it twice.

Wear a condom and protect yourself. It’s hard to fathom forever.

Men are on a 24-hour cycle and women on a 28-day cycle, and we orgasm differently. You are entitled to your own orgasm and your own pleasure.

There’s a reason why women are flocking to entrepreneurship in faster number than almost every other demographic (and black women are some of the fastest-growing group of small business owners). Because you get to call the shots. Why opt into the patriarchy and work-as-usual when you can create a business in your own vision? If you can parent, you can be an entrepreneur, says my friend Nicole Walters, who became a mom to three kids and an entrepreneur all in one year.

I started my own show and it’s the best thing I’ve ever done. Then I started Startup Pregnant to feature stories of badass women entrepreneurs.

Know that life works in rhythms.

There are ups and downs. Those devastaing break-ups, the blows of losing work or clients, and times when you weather the hards seasons. This is part of it, and saving your freedom fund and being your own boss can help. This is balanced by the most unbelievable bright spots and waves that you’ll get to ride as part of it all.