How to Go Camping With Your Newborn 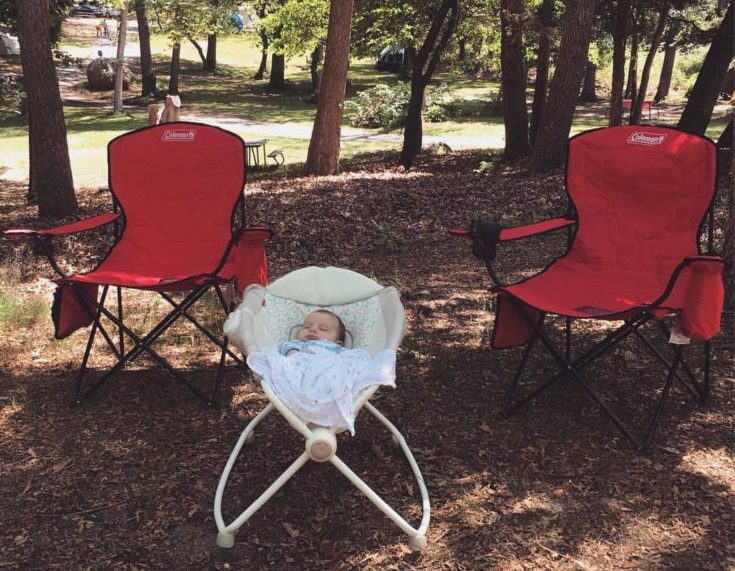 I’ll admit it: I think we were a little bit in the crazy space when we decided to go camping two months after the arrival of our first son. However, it turned out to be a wonderful adventure, with several key tips. If you want (and crave) getting out of the house, if you think nature is restorative, and you know that heck, you’ll lose sleep either way, then here are a few tips from our recent adventure camping.

We did car camping at a site 1.5 hours away from our home in Brooklyn, New York. It’s an easy, drive-in car camping site with water, showers, and a camp store that sells lunch in case you’re too tired to cook. We checked with our pediatrician and she said it was alright to go, so we decided to brave it. We figured that if it was a wild failure, we’d pack up the car and drive home — might as well just go for it, right?

Also, I’ll add a huge caveat: every baby, and every parent, is different. Our baby seems to be somewhat relaxed and we have a good sense of his rhythm, so we knew what his sleeping patterns would be. I made the reservation when I was 8 months pregnant figuring we would either laugh ourselves silly because we weren’t ready, or we’d dive in and try it. We decided to dive in and try it.

Here are some suggestions:

We had to stop at regular intervals to change his diaper and nurse him. He sleeps for about 45 minutes to 90 minutes at a stretch right now, and everything is on “baby time.” We wait until he’s had a good feeding, then we change his diaper and put him into his carseat when he’s awake. He’ll take his next nap in the car.

Both the trip out and the trip back took twice as long as they would have without the baby, about 3 hours. (I wish Google Maps had a setting for “pregnant” that was 2x the time, and “baby,” that’s 3x the time!)

Plan ahead for places like parks and Babies ‘R Us and other breastfeeding-friendly places to stop at along the way. You can pump and feed him from a bottle, but then the limiting factor becomes your boobies (and for me, I can’t go more than about 4 hours without needing to express milk!). We definitely did at least one middle-of-nowhere diaper change.

I knew this campground had plenty of shade, because I didn’t want the baby to be in the sun all day. Under 6 months and you’re not supposed to put sunscreen or bug sprays on their skin. We brought an umbrella for shade, but I wish I had brought a mosquito covering or net to protect him from bugs. My pediatrician said “clothes are the best mosquito repellent” for infants, so we kept him in a long zip-up footed sleeper most of the trip. We did a very, very thorough tick check on him when we got home (as we always do for ourselves after camping trips). Because it was summertime, we weren’t too worried about temperatures and keeping him warm at night — it was 70 degrees overnight, and we had his sleep sack with us.

We found as flat of a campsite as we could manage, then put a heavy blanket on the ground. I was too nervous about that, though, so we ended up bringing the rock-n-play into the tent (goodbye two person backpacking tent, hello 4-person tent!) and having him sleep in there, if only for my own mental sanity. I was ready to pass out around 8:30 or 9PM with the baby — no late night campfires for me, yet. Sleep is too wanted for this mama! Luckily with the summer sunsets at 8:30PM, we fell asleep with the sun and woke with the sunrise. 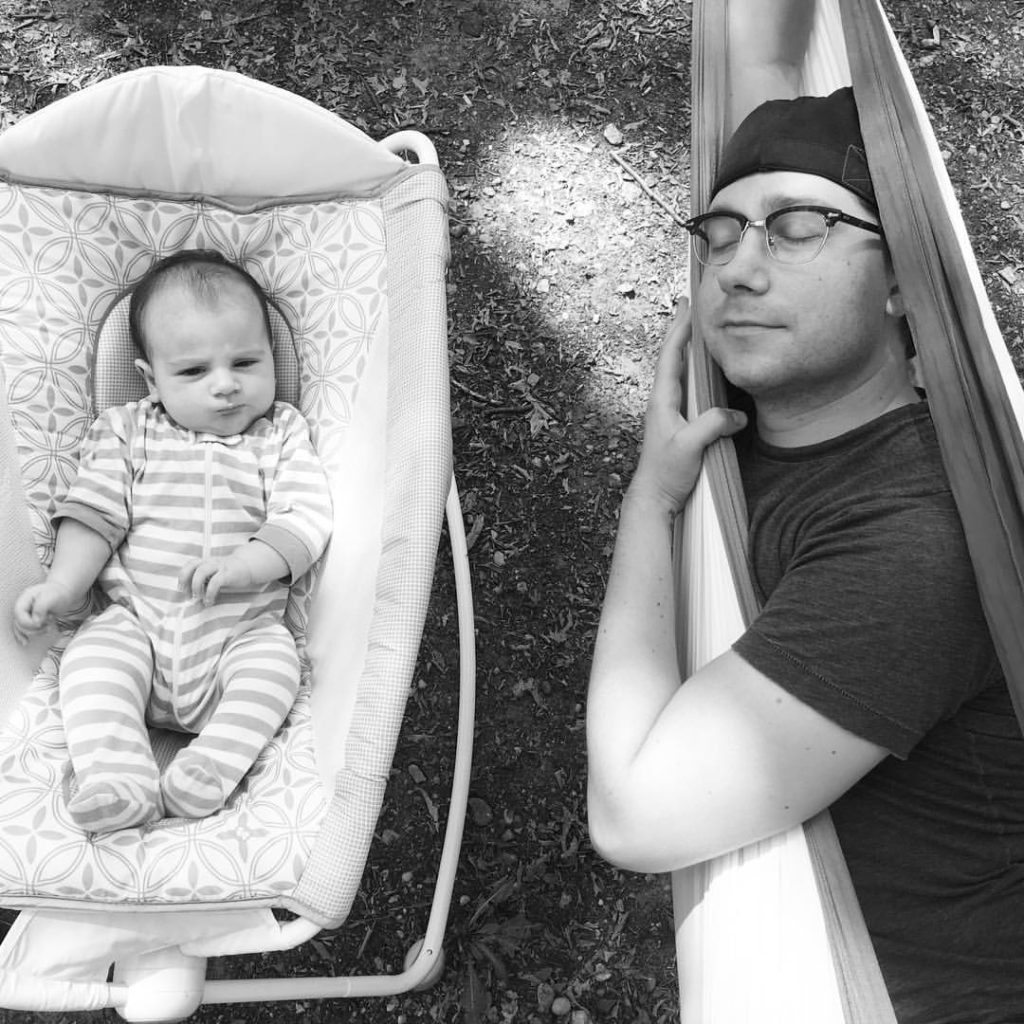 Most of my new mama life is about sitting and nursing, and you want to be as comfortable as possible if you’re spending hours each day holding your newborn. I bought a stadium chair seat to use in the tent to lean against while nursing in the middle of the night (the baby eats at 2 AM and 5 AM fairly consistently). The stadium seat is perfect: it’s $15, and it folds up flat so it’s easy to carry in and out. Also, it’ll double as a little-kid camping pad when he’s a bit older and can sleep on it!

We also bought some large, comfortable, deep-pocket camp chairs to sit in and hang around in at the campsite. They were perfect for sitting out under the trees, boob out, to nurse the little guy.

We brought 12 oz of frozen breastmilk as a backup in the bottom of the cooler, enough for two to three feeds, plus three bottle tops & liners. I didn’t want to bother washing and sterilizing bottle stuff at a campsite so I mostly nursed. Once the baby was fed (and I was “empty”), I’d go down to the beach for a swim knowing that if he woke up to eat before I got back, my sister, who came with us, could feed him a backup bottle without worry. Then I’d just pump when I got back to the site, the same amount that he ate, and we had another backup supply as needed. Pump-wise, I didn’t bring an electric pump. I brought a manual pump which was just fine to sit with for 10-15 minutes and express milk if and when I needed to.

We used our local listserv to borrow a lot of items we didn’t have. (We got our Rock-N-Play, and many other items, borrowed or bought used from neighbors here). A good friend of ours reminded us that every possible baby item we could ever need already exists in multiples around NYC in some form — no need to buy it new if you can borrow it.

We didn’t want to go crazy and have a huge adventure with tons of people, but we did have my sister along, as well as two dear friends, and that made all the difference. I don’t think we could have done it as easily with just us two parents. Having a third set of hands made packing the car, setting up tents, and hanging out far easier.