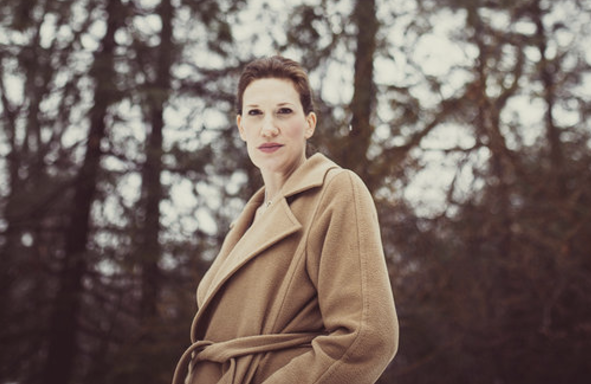 Morra Aarons-Mele is an Internet marketer who has been working with women online since 1999. She is the founder of digital cause marketing agency Women Online and its database of women influencers, The Mission List. Morra is host of the podcast Hiding in the Bathroom, and author of the forthcoming book by the same name.

So what’s your book about?

MORRA:  So my book is called “Hiding in the Bathroom” and it is an introverts roadmap to getting out there when you’d rather stay home.

Oh my god, I love that so much. How did you come up with the idea?

I don’t know, I guess just my life. Because I’m an extremely anxious introvert / almost recluse who has to go out and sell all the time. And so I developed all these skills and coping strategies. And that’s pretty much what the book is.

Tell me about your kids.

I have three kids and my youngest is two. I kind of want to have more babies, but I’m done. Toddlers are hilarious, but there is something so precious about babies. My oldest is in elementary school, so that’s as much as I know. My kids are 8, 6 and 2.

Did you take maternity leave? How did you decide what to do?

Well, I worked for myself, so I didn’t have any institutional maternity leave. Which is very different. For my first kid I was just graduating from graduate school when I got pregnant and it was a very uncertain time. But I was younger and really determined to not go back to work for anyone right away. So I basically scraped it together doing freelance consulting and just made it work. I would say that with my first, I didn’t really go back to work until he was 6 months old. I did maybe 15-20 hours a week of consulting at most in that period.

Then my freelance business really started to pick-up, becoming a full time gig with a good income stream.  I lost my father to cancer when I was 8 months pregnant with my second son. So I don’t feel like I got any “maternity leave” as I was grieving and working on his estate — that whole time was really just a blur. The good thing is that my business is cyclical and both my sons were born at the end of the year, so I was able to slow down and not renew certain contracts. But I don’t even remember a leave, I was just breastfeeding and sitting on my laptop and trying to make it all work.

My third kid was born two years ago and I finally had a very intentional strategy. At that time my business was five employees, so I decided to work like hell and store up enough cash before the baby came so I could actually take a leave. Miraculously, it worked. She was born in early December and I was able to sustain the business for 5 months based on the cash that I’d stockpiled.

Again, I wouldn’t say I took a full-time leave (I moved to LA when she was 5 weeks old which was it’s own kind of shit show). But when you’re an entrepreneur or a freelancer, maternity leave is messy. If you work at Google like some of my friends do, they get x weeks off during which they just get to say “goodbye work.” But that was never going to happen for me; I was too insecure and felt too responsible to make money.

I was anxious the even during that third more official maternity leave, trying to do business development just a few months from my laptop while nursing.

What was the impact on you having so much going on while your children entered the world?

I sort of believe we all fuck up our kids in different ways. I’ve always worked from home and had a nanny full-time. So for us it’s always been this weird thing that mom’s at home but she can’t talk to you right now.

A lot of people were really jealous of me because when I needed to nurse, I could just walk upstairs. It was such an incredible gift all three times. I’ve never had to have that heartbreaking separating. I’d bring them traveling with me when they were little — just wrap the baby up in the Moby wrap and go. So I feel like when they were tiny babies it was wonderful because I could just stay at home and not get dressed, but still nurse and work.

It was actually when they got a little bit older and I had to go back out into the world. I found that harder in a way, when they were too big to take with me. 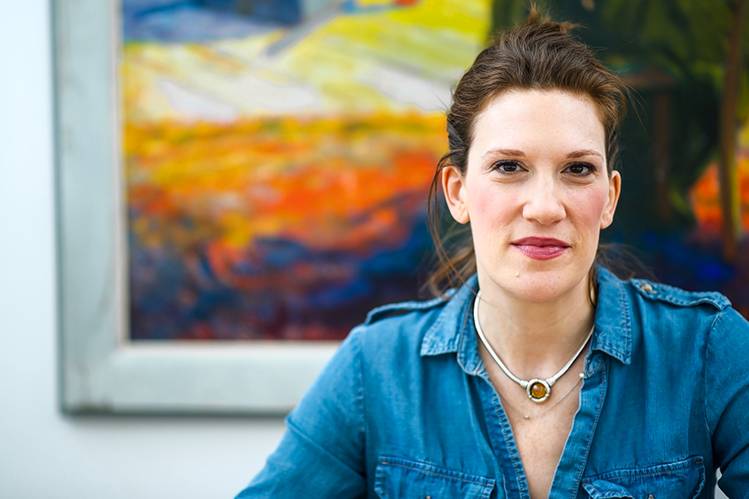 Could you expand on that, the kind of help you have?

I’m a big believer in my nannies. I pay an outrageous amount of money for my nannies and I always have, but I just feel like it’s a gift for me and I honor it.

I’ve always been shocked when people think that since I work from home I’m also taking care of my baby.

Exactly! You know for me, I work so hard at my business so that I have control over my time and I have the autonomy. It’s sort of ironic because I work a lot, but I feel like as long as I am the one deciding that, I’m fine.

It sounds like you were able to take more control of your leave as your business grew — is that true?

Absolutely, but I would say that the pressure actually grew at the same time. As I had more kids I had more financial pressure. Also, I have to say that I’m super fortunate to have a husband who is also a great breadwinner. But with my first kid it felt the most like I was making it up as I went along but there were fewer responsibilities. The second two it was more like, “I have a family to support at home and I need to keep this business going.”

For me it’s all about the individual fit and flexibility. I understand that this is hard at larger companies, but that people were able to really understand their personal fit and what would work for them. For example, I know so many people who would be happy to take less of a maternity leave upfront but then have more flexibility as their kid got older. I’ve heard that more times than I can count. “I wish that I could only take 6 weeks of maternity leave, but then take every Friday off when my kids are little because that would make a difference.” or “Honestly, leave was great, but I rather be able to come in later or leave earlier going forward.”

So I’d rather have a system where it actually worked in a holistic way that suited us. For some women maternity leave is really generative and their ready to get back, for others it’s physically deeply demanding and they need more time. I think the construct of asking for more maternity leave — which is amazing — unfortunately keeps us in this pigeon hole instead of increasing flexibility in an on-going way, so that they can work their best all the time with kids.

As an entrepreneur you learn that. Like I know that from 4PM to 7:30PM I’m brain dead, so I don’t work then. I hang out with my kids and I exercise and then I hop back online at night. As an entrepreneur with kids, you’re forced to find to work that works for you.

As an entrepreneur with kids, you’re forced to find to work that works for you.

I know so many women who would gladly exchange part of their compensation for more flexibility.

Oh my god, yes. If it was up to me, everyone would have unlimited, paid time off and a chunk of leave to take off as they wished. For me, my dad was dying too. I think that if everyone everyone had time off that would do a ton to remove the caregiving stigma. I think that people without kids should be able to work the way they want. Same for people caring for aging parents.

Here’s the thing, I totally respect women who want to completely disconnect from work. I just think we all deserve flexibility to do what suits us.